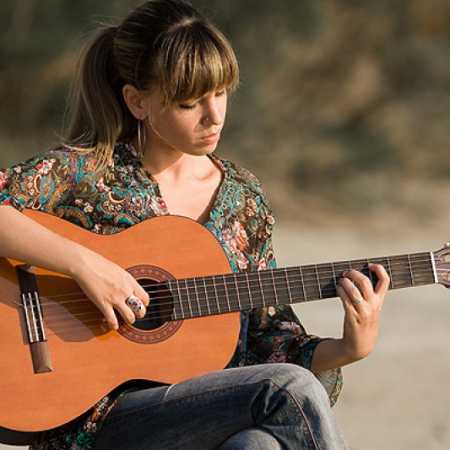 Erika is a native of the Hungarian town of Pécs. Her family in 1989 moved to Budapest, where he studied piano and violin. He also sang in the school choir. Eventually she liked jazz. He taught her well-known jazz musician Tamás Berki. Great influence on it had a meeting with the English guitarist Jay Myerson. The whole year together performing in Budapest jazz clubs with a repertoire of known standards. When he returned to England Myerson, compiled a backing trio and also included in the repertoire of his own compositions. In 2010 he released his first album Little Girl. Today he lives in Amsterdam and concerts around Europe in various projects, including with Dutch guitarist David Reschofskym. He sings in English, as well as other Hungarian singer, gaining on European stages appreciative reputation (Linda Kovacs, Veronika Harcsa, Júlia Karos). – Translated by Automatic service