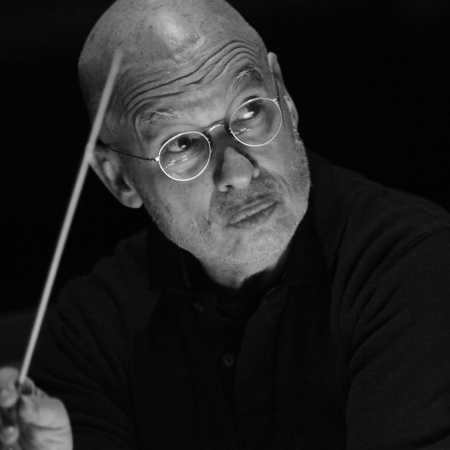 The American conductor and pianist Dennis Russell Davies is a graduate of the famed Juilliard School in New York. At present, he is the principal conductor of the Bruckner Orchestra Linz and director of opera at the Landestheater Linz, and he is known for his broad repertoire ranging from the Baroque to contemporary music. The music of our time holds a place of importance in his artistic career, and he has shared personal friendships with many composers – Luciano Berio, John Cage, Isang Yun, … He even gave the world premieres of two of Philip Glass’s operas. During his career, he has conducted a number of leading American (Cleveland, Philadelphia, Chicago) and European orchestras (Munich Philharmonic, Berlin Philharmonic), and he has collaborated with the Metropolitan Opera in New York and the Vienna State Opera.