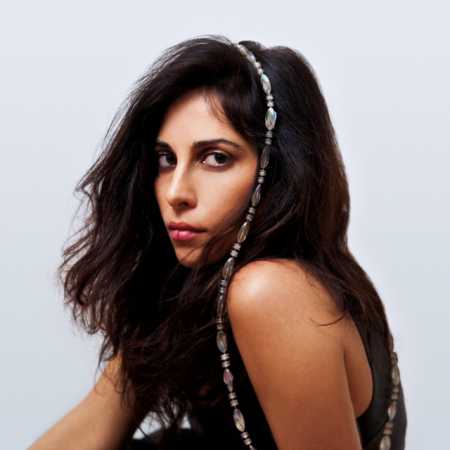 The singer Yasmine Hamdan is now underground icon of the Arab world, her music has become the soundtrack of alternative art, literally: Palestinian filmmaker Elia Suleiman chose songs Soapkills to its internationally award winning film Divine Intervention – and today is married to Yasmine. The band broke up after Soapkills, which began its career, settled in Paris, where he filmed with Mirwais Ahmadzai, the producer of Madonna, collaborated with CocoRosie and its largest project recorded with leading pioneering band Nouvelle Vague, Marc Collin.

Yasmine chose hits major Arab singers of the 20th century that they became superstars, but their music symbolized independence, sensuality and subtle feminine protest liberal era before the advent of the fundamentalists. Yasmine text emphasizes the hidden meanings and humor and creatively working with nuances of Arabic dialects – from Lebanon to Kuwait to Egypt. In comparison with related merger Natacha Atlas and Transglobal Underground delivers a much more original vision full of fresh ideas. The project, which spring gives the Belgian label Crammed Disc, singer tested before an enthusiastic audience in Cairo. One of the songs she will sing in Jim Jarmusch’s next film, in which he plays himself. – Translated by Automatic service