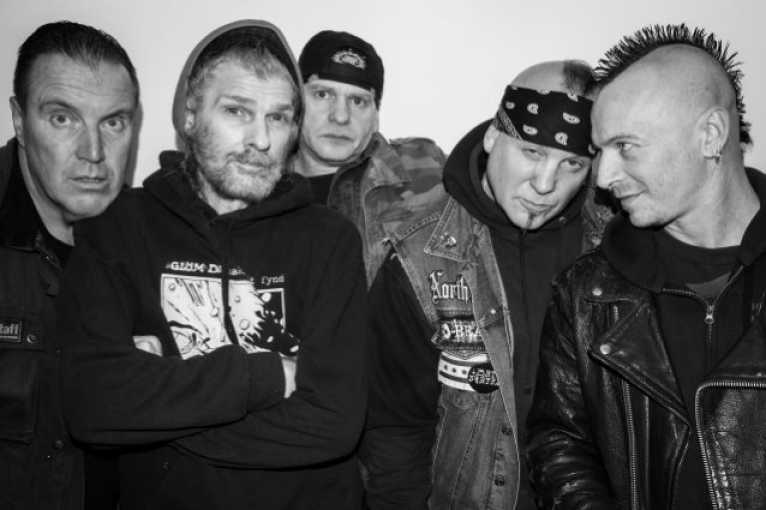 Discharge are a British musical group formed in 1977 by Terence “Tezz” Roberts and Royston “Rainy” Wainwright. While the band has had substantial line-up changes over its history, the classic line-up from the early 1980s featured bassist Wainwright, drummer Gary Maloney, Anthony “Bones” Roberts playing guitar, and vocalist Kelvin “Cal” Morris. The band is characterized by a minimalistic approach to music and lyrics, using a heavy, distorted, and grinding guitar-driven sound and raw, shouted vocals similar to a political speech, with lyrics on anarchist and pacifist themes, over intense drone-like rhythms. The band’s sound has been called a “grave-black aural acid assault.” Discharge “paved the way for an astounding array of politically motivated, musically intense and deeply confrontational bands”. Discharge was “explicitly political” and used a “revolutionary/activist” attitude that moved hardcore away from its pub rock origins and towards a “dangerous and provocative” territory. They will play on the 22nd of September in Magnetofon