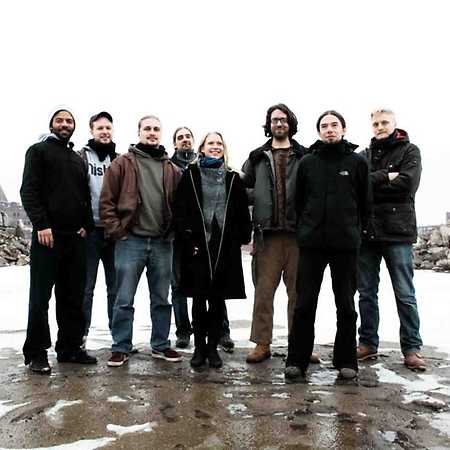 Wood In Di Fire delivers a pulsating mix of Jamaican jazz melodies and sick reggae grooves. It began as a jam project for Berlin musicians and later crystalised into a permanent ensemble. But Wood In Di Fire has always remained true to its roots. Band members and frequent guest musicians bring together a wide range of influences – reggae, jazz, trip hop, ska, electro and Latin – in surprising combinations. Critics have praised the recordings of Wood In Di Fire, with the band’s first full-length album ¿Que pasa? landing in the top-ten list of Riddim for 2003. Like ¿Que pasa?, Off the Hook (2005) and Noon on the Moon (2008) were recorded live in a barn in Germany’s rural Uckermark. Both garnered attention for their fusion-style compositions and arrangements.