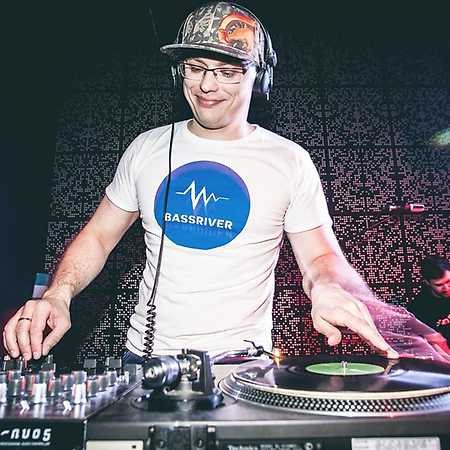 Wobbler is a drum & bass music DJ based in Warsaw. He started his adventure with electronic music by accident during the first edition of the Astigmatic Festival in Płock (2003), where he was immersed in sounds new to him during the whole weekend. After returning to the grey reality, he started to explore the depths of the music ocean, where he found his way to songs from the drum and bass and jungle genres. After a few years of fascination, again by accident, he found his way to the Mokotów studio Mordo Ty Moja, where, under the supervision of DJ Bambeer, he began to polish vinyl records. Since then he has been trying to develop his DJ skill all the time, not closing himself to one sub-genre of DNB. In his sets he focuses on good fun, breaking common standards. He likes to combine candy liquids with heavy roller skates and neurofibre to create “candies on liquor” to surprise the audience and give them a powerful shot of dance energy.