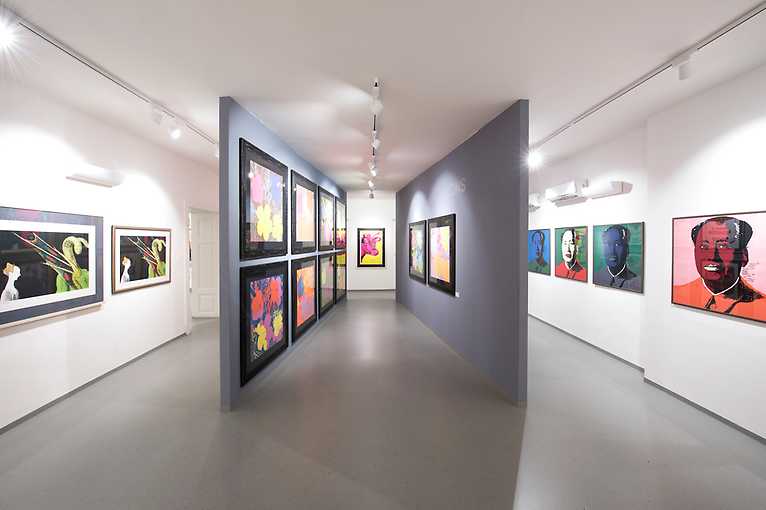 The story of how Andrew Warhol became Andy Warhol. How the son of Ruthenian immigrants, growing up in a Czechoslovak ghetto on the outskirts of Pittsburgh, became the symbol of 20th century American art and a pop-art icon.

The exhibition features Andy Warhol as the author, made famous through graphic art portraits of Marilyn Monroe, which have become iconic pop art; but also as a promotional graphic artistic, and a distinctive illustrator with subtle drawings. Part of the exhibition is also about his childhood, his family, and especially his mother Júlia, who heavily influenced his work and was a lifelong inspiration for him.

"She was a connection to the old world, and Andy was the bloom of something new – the fruit of her energy" – James Warhol, Andy’s nephew

The original letters written by Júlia to her native Czechoslovakia, family archives, and photos dedicated by Andy’s family all add to an exhibition where one can see a cross-section of Andy’s work represented by not only iconic motifs (Campbell’s Soup, Marilyn Monroe), but also by LP album covers created by Warhol, posters for his films, and covers for Interview Magazine as well. We also have the opportunity to see Andy’s hand-colored graphics from the Black and White Flowers series.

The atmosphere is complimented by a collection of contemporary photographs from Billy Name of The Factory, portraying key New York characters from the 1960s, such as Paul Morissey, Nico, Gerard Malanga, or Edie Sedgwick.