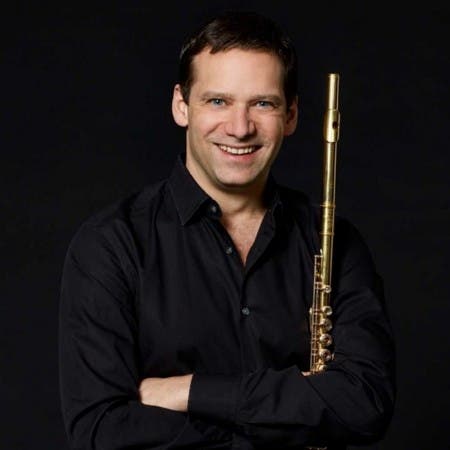 Austrian flautist Walter Auer is a graduate of the Mozarteum in Salzburg and the Herbert von Karajan Academy in Berlin. He launched his career as principal flautist of the Dresden Philharmonic, and presently holds the same position in the Vienna Philharmonic. He has won numerous honours in international competitions as both a soloist and a chamber player, in Cremona, Bonn, and Munich among other locations. His efforts to expand traditional flute repertoire, for example through transcribing Chopin’s Piano Trio, are winning great acclaim. Many new works by contemporary composers have been dedicated to him. On concert stages he encounters such luminaries as Daniel Barenboim and Cecilia Bartoli, and he also works as a teacher, leading master classes at the famous Juilliard School, the New York Summer Music Festival, the conservatoire in Sydney, and in Japan, Italy, Spain, and Switzerland.