Wages of Sin The band was founded in Prague in 2009 when the College meet Eric and Luke. These two can fit into the music and decide to start a new project, bearing in mind the dark rock. The vocals added an Pepa, but about a month later disagree with him because of the future direction of the band. The band then occurs singer Elis, drummer Michael, as well as drummer Alex Band Wildside Traces singer Zuzana. Finally, Eric takes the post of singing and guitarist Luke recorded seven songs on her first album, Wages of Sin. Drum machine performs here. Five songs are nazpívaných in Czech and two in English. The entire album was recorded in a home recording studio and was released in December 2010 at his own expense in the number of 120 pieces CD. 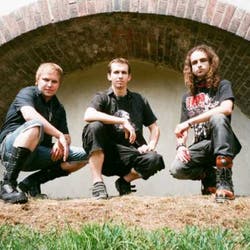 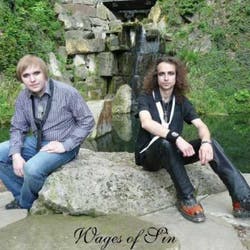