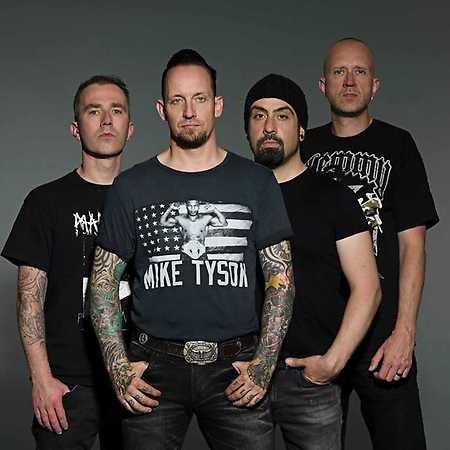 Volbeat are a Danish heavy metal band which was formed in Copenhagen. They play a fusion of rock and roll, heavy metal and rockabilly. They are inspired by classic rock and roll artists such as Elvis Presley and Johnny Cash, as well as modern hard rock, thrash metal, heavy metal, alternative rock and hardcore punk groups.