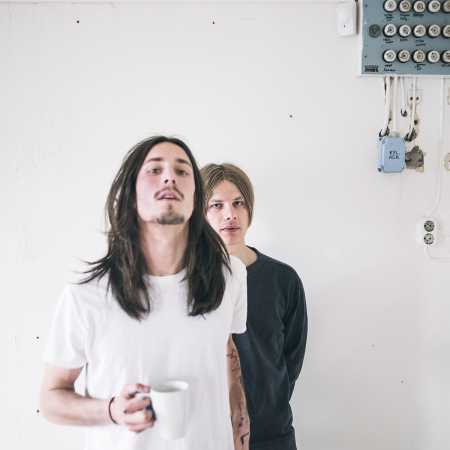 Vita Bergen were founded by the two students William Hellström and Robert Jallinder during their first semester at the Göteborg University. Meanwhile, they have become one of the most discussed bands in Sweden.

Influenced by very different acts such as Arcade Fire, MGMT, Pink Floyd or The Brian Jonestown Massacre, Vita Bergen play a style of melodic and psychedelic electro indie rock with a unique live show as never seen before. In concerts, they perform with up to eight musicians and various instruments on stage, in the center always the two charismatic frontmen.

After releasing a demo that was recorded in William’s bedroom and various gigs on exclusive vice magazine parties, the band caught the attention of many major labels. But Vita Bergen decided against the big paycheque and sign a contract at the indie label telegram Studios.