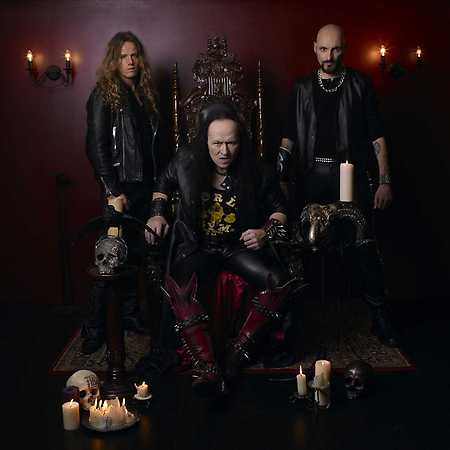 Venom is one of the first black metal musical groups, which was founded in 1978 in Newcastle. Her music has been influenced by a variety of hard-rock, punk and heavymetalovými bands such as Judas Priest, Sex Pistols, Kiss or Motörhead. The Venom of his music, as well as the image, significantly affecting death metal, black metal and thrash metal band. For example, Mayhem, Slayer, Metallica, Megadeth, Anthrax, Death, Testament, Hellhammer, Exodus, Eudoxis and Morbid Angel show Venom as one of its main sources. Their music is closer to the speed metal, lyrics and themes of the songs (Satanism, hell, etc.) in his time, differed significantly from the others. Their first two albums, Welcome to Hell in 1981 and Black Metal from 1982, setting the way for other black metal band. – Translated by Automatic service