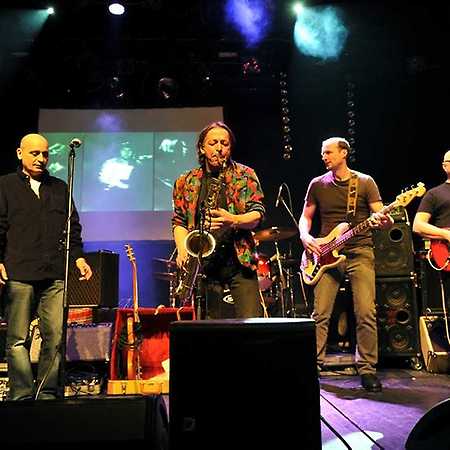 Velvet Underground Revival Band played together for the first time in 1987 in Prague memorable concert with Nico. In April 1990, a joint concert in Prague invited Lou Reed and entourage were extremely satisfied. There followed an invitation to France from other members of the Velvet Underground, Maureen Tucker. In January 2005, the band accompanied the stage talks in Prague Švandovo theater with Lou Reed and Vaclav Havel. In their conclusion, along with Reed to play the song Sweet Jane.