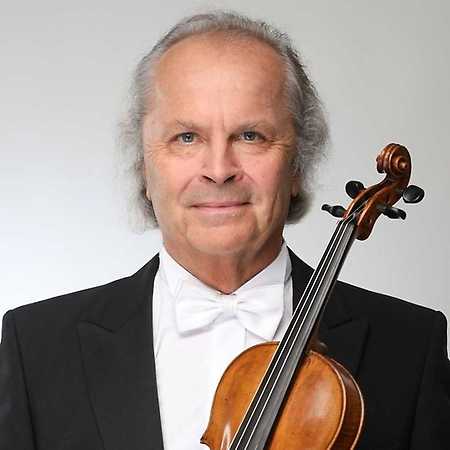 Václav Hudeček is a permanent fixture of the Czech concert art. At the age of fifteen years, performed at a concert in London with the Royal Philharmonic Orchestra. A day later, he heard the legendary David Oistrakh, who predicted a great future and offered him a teaching aid. From 1970 until Oistrach death in 1974 he was a pupil of the great master. At the same time he studied at the Prague Academy of Performing Arts in the class of prof. Vaclav Snítil. Since his London debut featured around the world on the most prestigious stages (Carnegie Hall, Royal Festival Hall, Suntory Hall, Osaka Festival Hall, Sydney Opera), the world’s best orchestras. – Translated by Automatic service