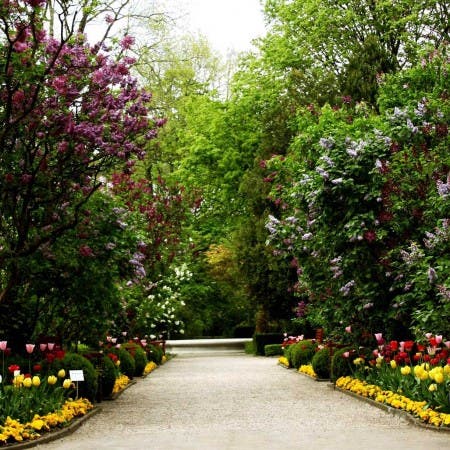 The Botanic Garden was founded in 1818 thanks to the efforts of the botanist, Professor Michał Szubert. Located in the former Royal Gardens in the northern part of the Royal Łazienki Park, the Garden occupied 22.5 hectares. Royal greenhouses along with the Old Orangery became at that time parts of the Botanic Garden. The founder of the Garden divided its area into three parts: scientific – devoted to plant systematics, pomological, where a collection of fruit trees was established to educate future gardeners, and a leisurely one for public use.