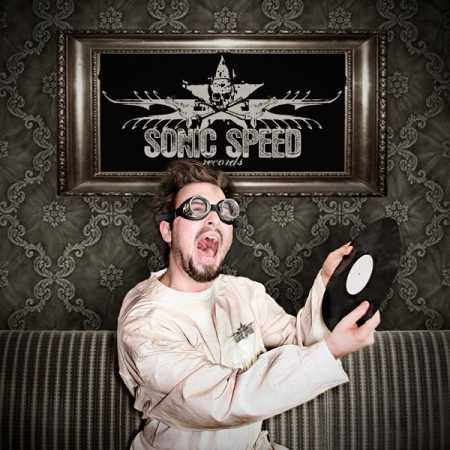 Bassbottle was born in 1982 in Berlin, which was still separated in two parts at that time. It wasn’t long until he discovered how to make sounds on his chimes and electric piano. He learned to play the guitar and joined a well-known choir for about six years. It was through these musical activities he trained his singing voice and obtained knowledge about harmonics and song structure.

In his childhood he discovered electronic music. Fascinated by the rave hymns of the time and tape recordings of hardcore and gabber parties from club Bunker Berlin, in 1996 he took the chance to create his own debut track on a friend’s Amiga.

With the years his tracks became better and harder. He also found out about Schranz, which became his signature style, but he also likes tribal techno. In 1999, Bassbottle started deejaying and his record collection grew.

In 2004, Bassbottle uploaded a few of his tracks to the internet. Quickly he got a still growing fanbase. His first record on a label appeared in 2005 and finally got the ball rolling for further releases. In February 2009, the first release of his own label Sonic Speed Records was published, followed by other successful recordings.

Meanwhile, Bassbottle’s tracks can be found on miscellaneous analogue and digital EPs on labels like SCHUBfaktor, Digital Mayhem, Highball-Music, G-Not, Audio Code, ZYX and many more. Furthermore, his music appeared on several compilations, like Schranzwerk Ost or Syndicate 2014. Due to its unique style, his music is appreciated by DJs and fans.