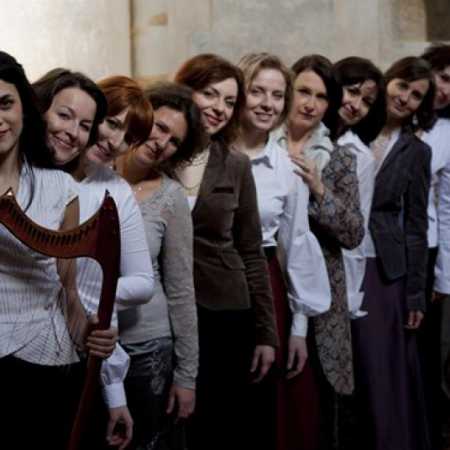 Tiburtina female vocal ensemble was formed in 2008 from former members of the Schola Benedicta. Picking up on the tradition and deals with interpretation of Gregorian chant, medieval polyphony and contemporary music. Artistic director is Barbara Sojková. The main interpretive focus file is correct declamation language in conjunction with the musical component and vocal technique, based on knowledge of contemporary musical practice and theory. – Translated by Automatic service