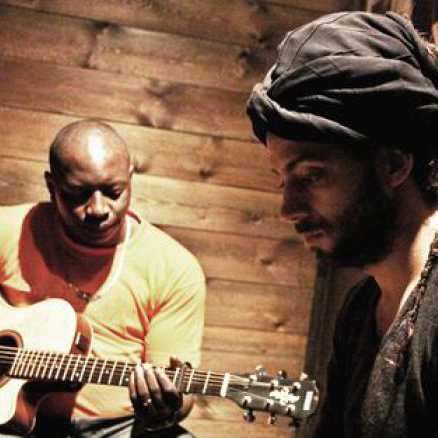 The star of the first magnitude, an Israeli Idan Raichel malijský guitar virtuoso and Vieux Farka Touré first met at the airport in Germany in 2008, where they were both on tour. From this accidental meeting was born the artistic collaboration, which culminated in an improvised recording in Tel Aviv in 2010. So was Touré-Raichel Collective and their first album “The Tel Aviv Session” should be an international success, followed by intense world tour. Idan Raichel and Vieux Farka Touré again met in Paris earlier this year and recorded a new album, “The Paris Session”, which was released on the Cumbaracha label. The real news, however, is that this album is simply amazing! Retains an intimate, improvisational charm of the first album, and at the same time offers more variety, more soundů, more composed and Sung songs. This is an album that is guaranteed to delight fans of the first album, and at the same time has the potential to achieve even greater success. On the album, is involved in many guest musicians, including bassist in order Tourého. – Translated by Automatic service