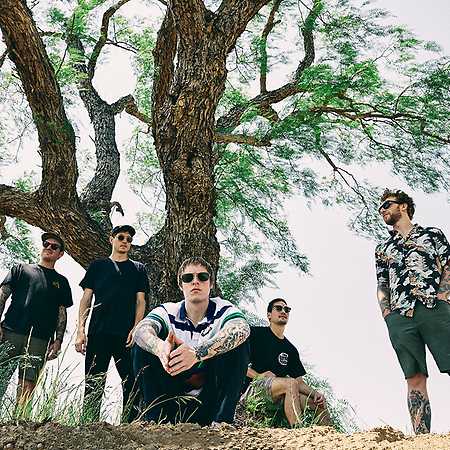 Pop punk has been pronounced dead many times – that’s why The Story So Far with their authenticity and inspiration by the roots of pop punk are so interesting for many fans of the genre that are hungry for new music. Their recipe is simple: the five-member band around lead singer Parker Cannon simply creates music which they would like to listen to by themselves. Incidentally, hereby they made it to the international top of the post punk revival. It is exactly this authenticity and realness that made the genre interesting again for fans of alternative music.

Since the band has been founded in 2007 at Walnut Creek, California, they have gotten pretty far. Six years, and handful of EPs and two albums later, the five Northern Americans found themselves on the cover of Alternative Press as well as among the line up for the scene-defining Vans Warped Tour. The 2013 release What You Don’t See even managed to reach the US-American billboard top 50. For the third, self-titled record the band worked together with Sam Pura (Basement, State Champs) again and created a mixture of wistful but strong and emotional songs.