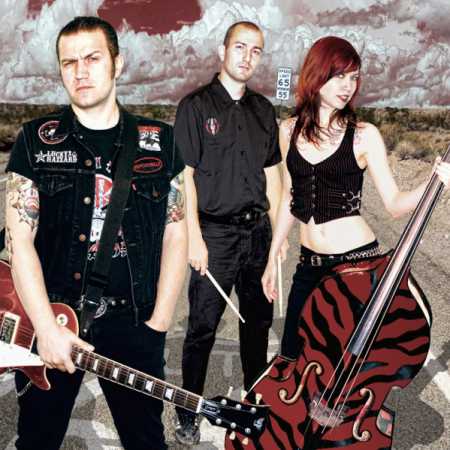 The Silver Shine  Angels To Some

Vintage punk’n’rollové trio of Budapest, The Silver Shine, led by singer and contrabassist Christ came together in 2004. After several European tour, the band released in Brazil and the U.S. to expand its fan base. There are The Silver Shine to his credit a whopping 32 countries in which they appeared on tour. Their music can be heard classic rock’n’roll, but also how they themselves admit, the effects of his great favorites of Social Distortion and Motorhead. On top six pretty hot rod albums. Extreme energy, vintage microphones, black and red custom bass are all characteristics of the party, which with another mistaken. – Translated by Automatic service