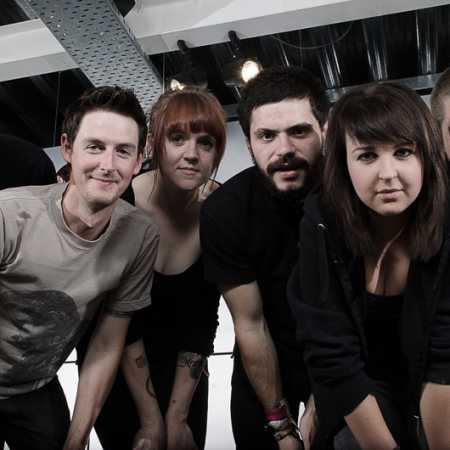 The Roughneck Riot  Waiting To Die

Folk punk Roughneck Riot played since 2005, but only after four years of operation, ie in 2009, is a chaotic gang punks, whose music was so awful that she could change the holy water in piss, became a real band. A four-pack of punk became a folk punk band, who, wild concerts sunny days can also play and write great hits. Their music sounds like a cross between a little sharper Dropkick Murphys and Social Distortion: So charismatic vocals, politics Cut lyrics, catchy melodies and hopping folk punk rhythm in which you immediately after Pip start jitterbug. So far they have to his credit two albums and the last of last year titled This Is Our Day is really a bomb. – Translated by Automatic service