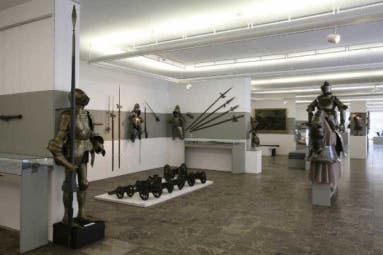 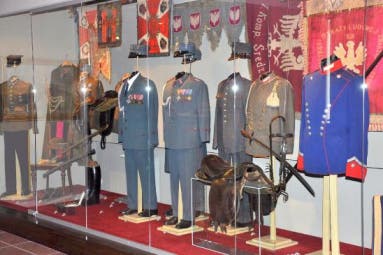 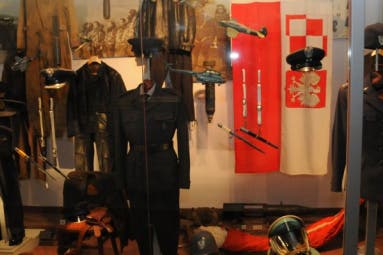 The Permanent Exhibition of The Military Museum of Wielkopolska

The lovers of martial artefacts will certainly be intrigued by the 16th-century rapier-sword whose hilt was forged in Milan. Another valuable item in the collection is a bechter (a kind of armour) made in 1580 in Poznan, decorated on the back with the city’s coat of arms. Equally interesting is the cornered cap (1807 pattern) of a cavalryman of Napoleon’s Polish Guard and Commander’s Cross of the War Order Virtuti Militari, the highest Polish distinction of wartime valour, restored in 1919. Personal artefacts are an important part of the collection, among them a 1932 officer’s patent of T. Szyda, infantry sub-lieutenant, murdered by the Soviets in Katyn. Another valuable item is a gold cigarette box donated by Italy’s King Victor Emanuel III, a prize for the second palce in an Equestrian Contest (Rome, 1923) for Colonel S. Zahorski of the 16th Regiment of Wielkopolska Lancers.