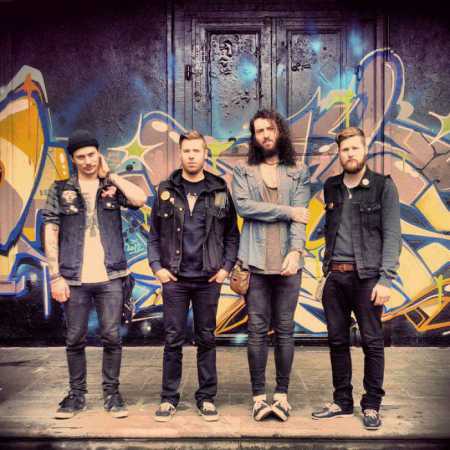 Quebec City, Canada’s passionate young road warriors, The Hunters have been a band for seven years now. When they were jamming in the basement back in high school, they never thought that the chemistry breeding at the time would take them this far in the future. Getting on the road before even being old enough to legally drink the booze they were offered at shows, they shared the stage with an impressive and diverse line-up of bands including tour and shows supporting Anti-Flag, Mustard Plug, Agnostic Front, Against All Authority, The Briggs & The Flatliners, traveled several times across their home country, released a promising full-lenght, “Dissent Lasts…” in 2008 and perfomed in events such as the Vans Warped Tour, the Envol et Macadam Festival and more recently in Montreal’s very own Pouzza Fest.