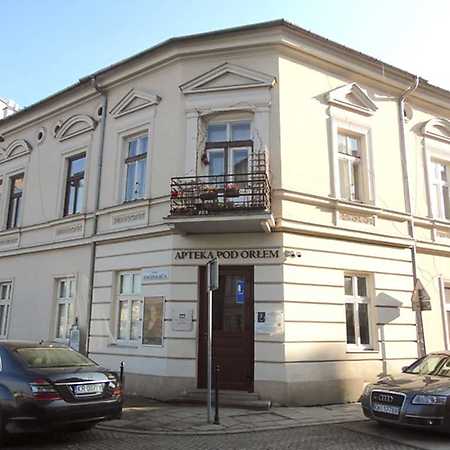 A new permanent exhibition Tadeusz Pankiewicz’s Pharmacy in Kraków Ghetto, at The Eagle Pharmacy an MHK branch is located within the limits of the former ghetto area and commemorating the Holocaust of Kraków Jews and the personage of Tadeusz Pankiewicz, a Righteous among the Nations. The new display, designed as a peculiar museum and memory lab, was opened on the 70th anniversary of the German liquidation of Kraków ghetto which falls in March 2013. The exhibition script is based on the memoirs of Tadeusz Pankiewicz, the owner of the pharmacy and an eye-witness of the tragic events, published for the first time immediately after the war in his book called “Apteka w getcie krakowskim” (The Cracow Ghetto Pharmacy). The exhibition shall occupy all rooms of the former pharmacy and their original function shall serve as a departure for an analysis of various threads in the history of the ghetto, or of the personages of Tadeusz Pankiewicz and his staff composed of Irena Droździkowska, Aurelia Danek-Czort and Helena Krywaniuk.