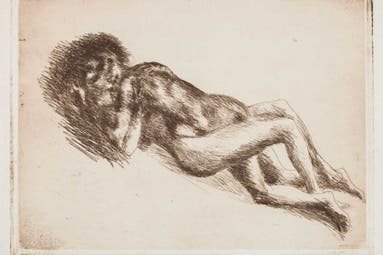 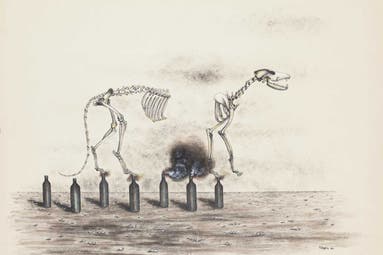 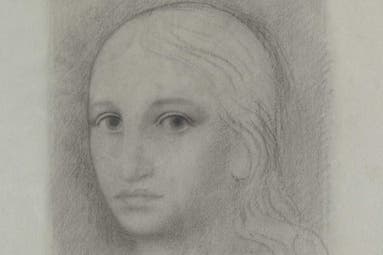 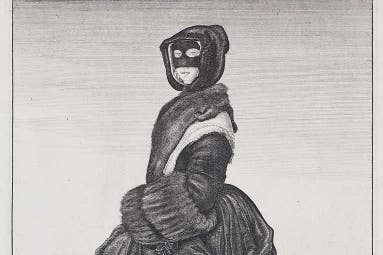 The Collection of Prints and Drawing

The Collection of Prints and Drawings of the National Gallery in Prague is among the ten largest and most preeminent graphic collections in Europe. With some 450,000 prints, drawings and illuminated manuscript fragments dating from the Middle Ages to the present, it is the National Gallery’s largest collection.

The collection evolved relatively slowly, not as part of the Picture Gallery of Patriotic Friends of the Arts, but – starting from the early 19th century – at the Academy, where prints and drawings served as teaching aids. The collection developed through the gradual combining of different graphic collections, including those of the Clementinum Library and various estates and donations, such as the graphic collection of major collector Josef Hoser. Nonetheless, the collection continued to be seen primarily as a teaching tool. The year 1885 was a turning point in how the collection was perceived – the Rudolfinum opened that year and drawings were displayed in a separate room. More works were added through targeted acquisitions or collector donations. Vojtěch Lanna was the most important collector, and it is to him we owe thanks for major drawings by Rudolfine masters and Karel Škréta and artworks by Josef Mánes and others.

By the first half of the 20th century, the authorities were looking for a home in which to consolidate the collection. Careful attention was paid to the collection of prints and drawings by Václav Hollar – the Hollareum which gradually grew through acquisitions, but still remained part of the National Museum.

In 1942, the Modern Gallery and the Picture Gallery of Patriotic Friends of the Arts merged to the benefit of the collection of prints and drawings, which became a special graphic collection of the National Gallery in Prague in 1945 and found its first home in the Kramář Villa in Prague’s Letná quarter. In 1949, it was moved to the Kinsky Palace, where it remains today.

The collection includes very good-quality German and Netherlandish graphic art dating from the first half of the 16th century with artworks by Albrecht Dürer, Lucas van Leyden and their contemporaries; the collection of Italian Renaissance drawing is also valuable. Rudolfine drawings and prints include the well-known Self-portrait by Giuseppe Arcimboldo. Also worthy of mention are etchings by Jacques Callot and graphic sheets by Rembrandt van Rijn and his school as well as central European – especially Bohemian – prints and drawings from the 17th century with good-quality artworks by Karel Škréta and others. The collection of more than 5,000 prints and drawings by Václav Hollar is one of the world’s three most important of this kind. As for 18th-century art, etchings by Giovanni Battista Piranesi warrant mention.

The extensive 19th-century collection includes artworks by the Mánes family, etchings by Josef Bergler and drawings by Caspar David Friedrich and Giovanni Segantini. A collection of artworks on paper from what is known as the French Collection, including works by Pablo Picasso or Georges Braque, is very valuable. Works by Alfons Mucha, Egon Schiele and František Kupka are highlights of the high-quality set of European Art Nouveau and decadent artworks. Drawings by Bohumil Kubišta and Otto Guttfreund, surrealist Jindřich Štyrský and Toyen represent the Czech modern. Artworks dating from the second half of the 20th century include prints by Vladimír Boudník, etchings by Jiří Balcar and collages by Jiří Kolář. A complete collection of drawings by Jan Zrzavý is a highlight. Contemporary artists are represented by Adriena Šimotová, Karel Malich and Ján Mančuška.

Artworks of different periods and styles can be presented given the extensive and varied nature of the collection. Nonetheless, as works on paper cannot be exhibited for long, they are regularly displayed in short-term exhibitions and graphic cabinets – modern art in the Trade Fair Palace and old art in the Schwarzenberg Palace.