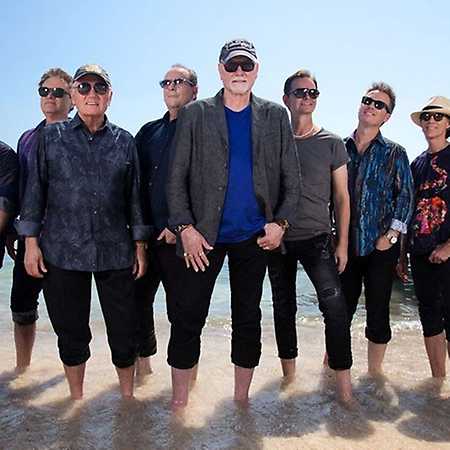 The Beach Boys are an American rock band formed in Hawthorne, California, in 1961. The group’s original lineup consisted of brothers Brian, Dennis, and Carl Wilson; their cousin Mike Love; and their friend Al Jardine. Distinguished by their vocal harmonies and early surf songs, they are one of the most influential acts of the rock era. The band drew on the music of jazz-based vocal groups, 1950s rock and roll, and black R’n’B to create their unique sound. With Brian as composer, arranger, producer, and de facto leader, they often incorporated classical elements and unconventional recording techniques in innovative ways.

The Beach Boys are one of the most critically acclaimed, commercially successful, and influential bands of all time. They were one of the earliest self-contained rock bands and one of the few US bands who maintained their success before, during and after the 1964 British Invasion. Between the 1960s and 2010s, they had over eighty songs chart worldwide, thirty-six of them in the US Top 40 charts (the most by a US rock band), and four reaching number-one on the Billboard Hot 100 chart. They have sold in excess of 100 million records worldwide, making them one of the world’s best-selling bands of all time and are listed at No. twelve on Rolling Stone magazine’s 2004 list of the “100 Greatest Artists of All Time”. In 2017, a study of AllMusic’s catalog indicated the Beach Boys as the sixth most frequently cited artist influence in its database. The core quintet of the three Wilsons, Love and Jardine was inducted into the Rock and Roll Hall of Fame in 1988.