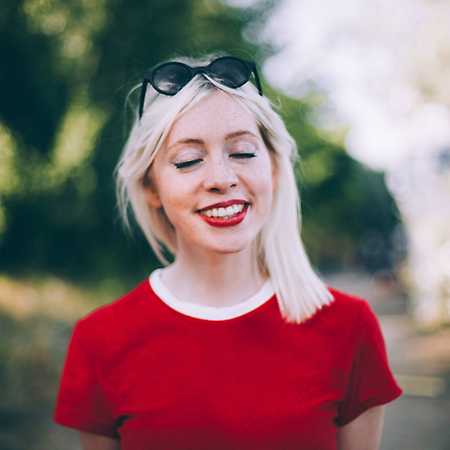 A new world opened up for Tereza a couple of years ago in her home Chemnitz. There, the Splash! Festival had its premiere 20 years ago. Tereza eagerly studied the line-up on the posters in the city and hereby gained a huge knowledge about German rap music in a short time. This music was like a refuge for her when there was a fight at home.

She learned to spin records in a DJ course which she took part at in her youth. First, she learned the technique by mixing house records as they allow long, smooth transitions. Not much later, many hours of standing alone in her children’s room, juggling with rap records and practicing routines followed. Until Tereza’s first set in front of an audience was about to take place – at a five-course menu at a café and bar in Chemnitz.

The musical base for Tereza’s sets had always been rap, followed by souly samples. She does not limit herself only to hip-hop but also always keep an ear open for other genres. Hereby, she concentrates not only on playing hits but also integrates her own taste in music in her sets.

Today, she travels all over Europe for her sets – always with the entitlement to be curious. Modern age rap classics by Kendrick Lamar stand in line with wobbling UK bass lines by Lil Silva or the newest footwork edit of a Dipset classic.

To grant enough space for her own taste, Tereza also organizes her own event row, Waters, for which she books friends and heroes in several cities. One of the highlights of her career was to play before Skepta at Berghain – as one of the first hip-hop DJs ever.