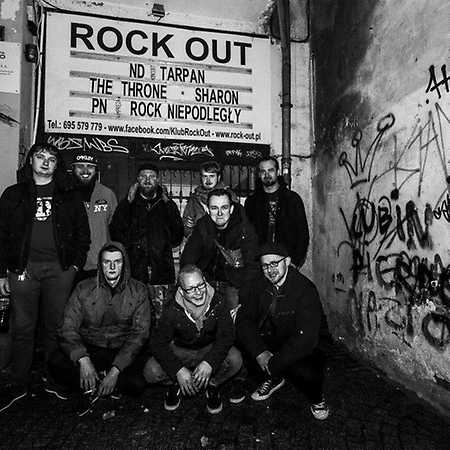 Tarpan was formed in early 2013 on the ruins of Faust Again and Blues Beatdown bands. Since then Tarpan played dozens of concerts in Poland and abroad, sharing the scene with bands such as Kvelertak or Philm. They initially performed as a quartet, but at the end of 2016, they were joined by a second guitarist, who became the fifth member. Their music is widely understood as metal. Tarpan has scored two releases – the EP Legend (from 2014) and Ruins (from 2016).