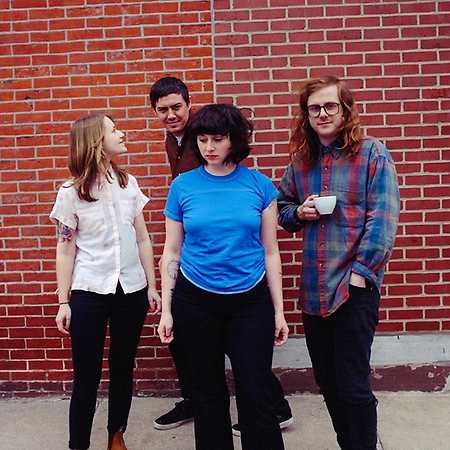 Swearin'  Grow Into A Ghost

Swearin' is a Philadelphia-based musical group made up of singers/guitarists Allison Crutchfield and Kyle Gilbride, bassist Keith Spencer and drummer Jeff Bolt. They released two albums and an EP. The band split in 2015 and Crutchfield embarked on a solo career. In November 2017, Swearin' announced that they had reunited and would go on tour in support of Superchunk in 2018.