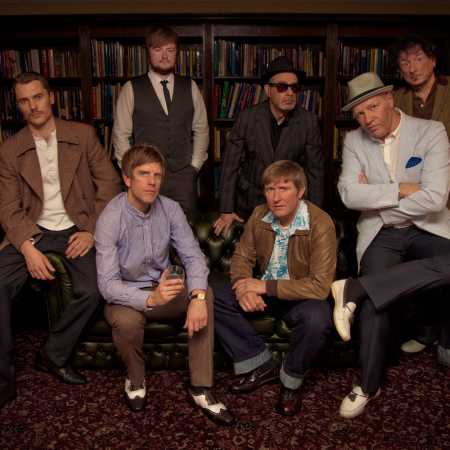 Stone Foundation  Standing On The Top

Having been around for almost 20 years, Stone Foundation have built up a strong live following in the UK. With their distinctive horn-driven, soulful sound, with clear reminiscences of classic 60’s and Northern Soul, and yet with a very british flavour, their sound is not too dissimlar to the likes of Dexys and early Style Council. This combination of musical styles also aroused some attention by a certain Mr. Weller. In fact, Paul liked their music so much that he asked them if he could write, sing, play and produce an album with them. The resulting LP Street Rituals reached no. 25 the UK album charts and no. 2 in the indie charts last year, and finally gave them the well-deserved success. Their latest album Everybody, Anyone will be released in August 2018.