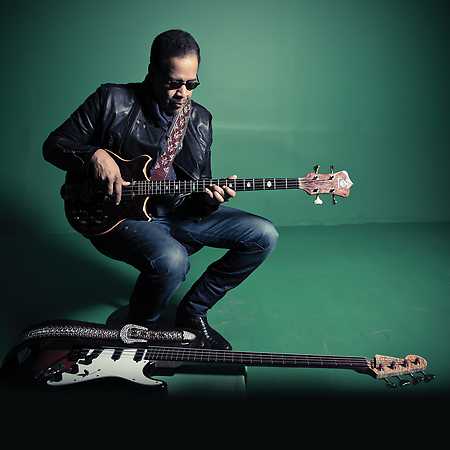 Stanley Clarke is an American bass guitarist, bassist, musical producer, and composer. In 1972, he co-founded the Group Return to Forever, in which, with a break in the years 1977-1982 and 1984-2009 plays today. Published a number of his own albums and composed music for several films and television programmes.

In the late 1980s he played along with Stewart Copeland in the group, Animal Logic. In the years 2008-2009, he served in the baskytarovém trio SMV, together with Victor Wooten and Marcus Miller. He collaborated with many other musicians, among which include George Duke, Freddie Hubbard, Jan Hammer, Wayne Shorter, Airto Moreira, Jeff Beck, Curtis Fuller, Allan Holdsworth and Pharoah Sanders. – Translated by Automatic service