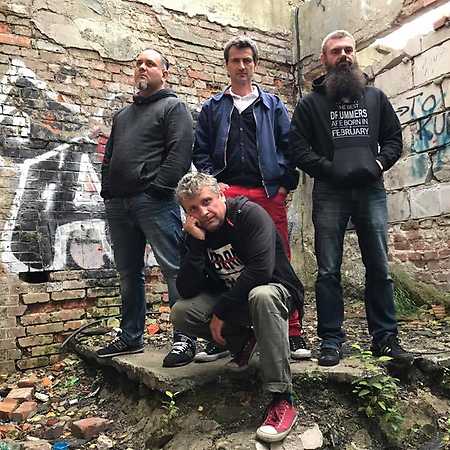 Stan Oskarżenia – a Polish punk-rock group from Wrocław. The band was formed in 1986. The main founders were Lokówa – vocals and Paweł Pajko (Pajdo) - guitar. In 1991 the band released their first demo Ciąg dalszy nastąpi, a year later the album 1992. In 1992 in Cracow they recorded material for the album Budują Dla Was Klatkę z Pieśni o Wolności and material from the concert, produced by the Fala label. In 1993, in Wrocław, the album Pięść Wiary was recorded and in 1995 Intensyfikacja. In the years 1995-2001, the band practically suspended its activity, among other reasons due to personnel changes. In 2002 the group reactivated and recorded a studio album I co. In 2013 they recorded and released their own album Boga Na Razie Nie Ma. The band systematically plays concerts and goes on short concert tours.