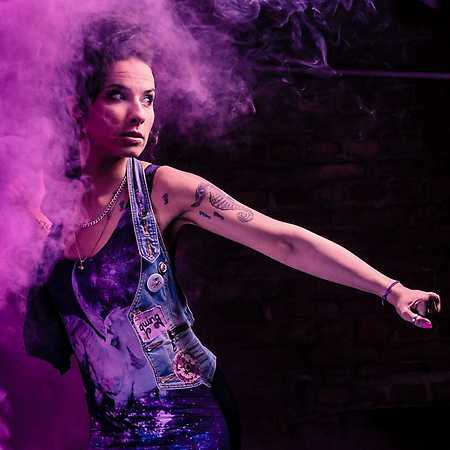 Berlin-based rapper Sookee has been involved in the fight against sexism and homophobia, as well as racism and anti-Semitism in Germany since the beginning of her career. Her political songwriting clearly shows her connection with the queer and leftist scene. It unveils political and social grievances and problematic power structures within patriarchal society, as well as deep, personal experiences. Especially in the hip-hop scene, sexism and homophobia are problems Sookee repeatedly picks up and denounces.

The rapper borrowed her stage name from character Sukie from the movie The Witches of Eastwick, played by Michelle Pfeiffer. On February 3rd, 2006 her debut album Kopf, Herz, Arsch was released by the Berlin-based label Springstoff. From 2006 Sookee also got involved in spoken words and other lyrical experiments like poetry slams. Through her growing political awareness, partly through her degree of gender studies, Sookee understood her role as a woman in hip-hop more and more. The problematic heteronormativity in the hip-hop and rap scene has since become one of the main concerns of the feminist rapper.

Meanwhile, Sookee has become an icon of feminist and self-determined rap in Germany and has released four studio albums to date. She has become an indispensable part of Berlin’s queer scene as well as the Berlin hip-hop scene.