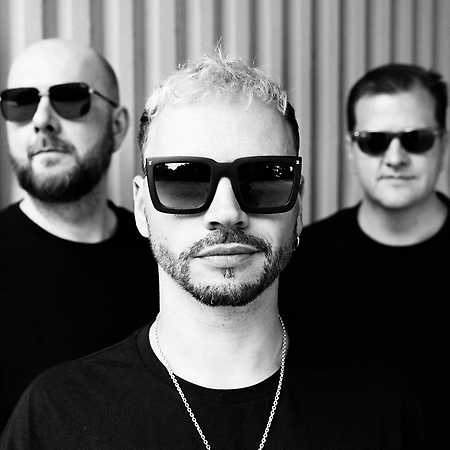 Sono is a band from Hamburg founded in 2001, consisting of Lennart A. Salomon (vocals, guitar) Florian Sikorski (keyboard) and Martin Weiland (keyboard, DJ). Stylistically, Sono is located somewhere between pop and electronica.

Since 1995, F. Sikorski and M. Weiland have been producing electronic music together, and both have always been working within the music industry. F. Sikorski is a sound engineer and operator of the recording studio Maratone Music, where for example recordings of Madonna, Britney Spears or Kelly Clarkson were mixed. M. Weiland is employed in the commercial music industry in the area of ​​label and distribution. L. A. Salomon, originally drummer, singer and guitarist of numerous local bands in the Hamburg area, joined in 2001, whereupon the band was founded. He is active as a composer and musician and operated, among other things, the funk and rock band project Jerobeam.

Outside of studio work, Sono offers a variety of live constellations, from DJ live sequencing sets to stage shows, including a multi-member rhythm section.