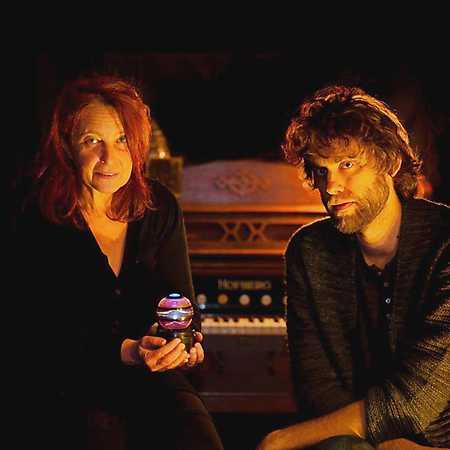 Snowdrops brings together the composer and Ondes Martenot virtuoso Christine Ott and multi-instrumentalist Mathieu Gabry. Christine Ott has published two albums: Solitude Nomade in 2009 and Only Silence Remains in 2016. She also collaborated with Yann Tiersen, Tindersticks or Radiohead. Lighting designer during the day and musician at night (or vice versa), Mathieu Gabry is working the “light matter” and the “sound matter” by the same way. Following his meeting with Christine Ott in 2014, they formed the Snowdrops duo to create music together for theatrical plays, film concerts, and forms of “immersive” concerts with a cinematographic dimension (such as the Opéra de Lyon in 2016 or the Archaeological Crypt of Paris in 2017). They composed in 2018 the original score for the movie Manta Ray by Phuttiphong Aroonpheng (Venice Film Festival 2018 – Orizzonti Best Movie Award), to be released march 2019 on Gizeh Records.