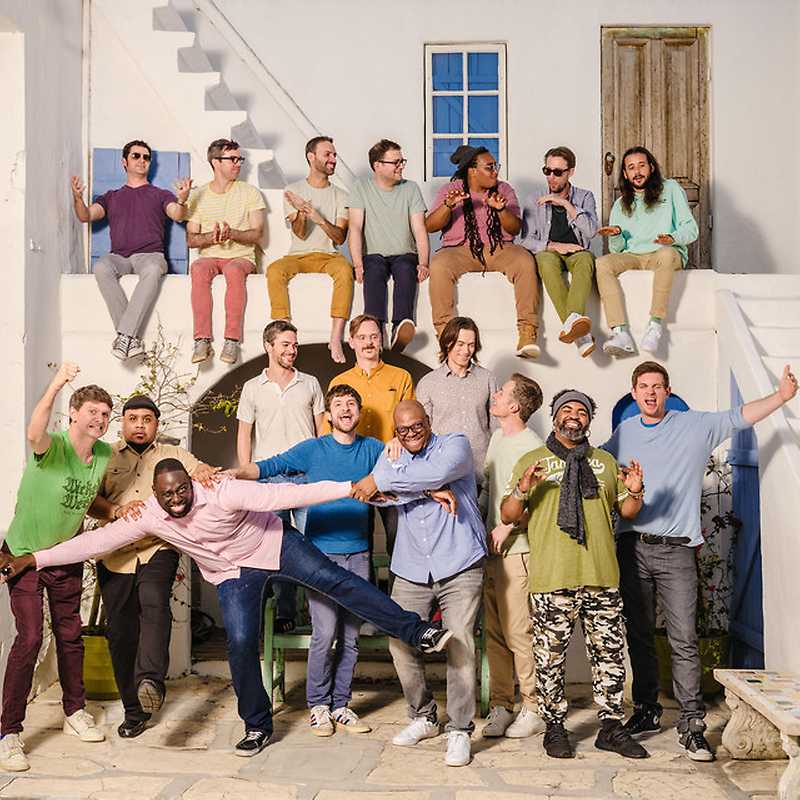 Snarky Puppy is a US-American collective of musicians in the genre Fusion/Jazzrock. The group has about 25 members who perform in ever-changing occupations worldwide. The whole band is led by its founder, bassist, composer and producer Michael League in Denton, Texas.

In 2014, the group was awarded the Grammy Award for Best R’n’B Performance for the song Something. From 2015 to 2017, they were voted Best Jazz Band in the Readers Poll by Down Beat. In 2016 they won the Grammy for the best contemporary instrumental album for the album Sylva together with the Metropole Orkest from the Netherlands. At the Grammy Awards 2017 they received the award for the best contemporary instrumental album for Culcha Vulcha.