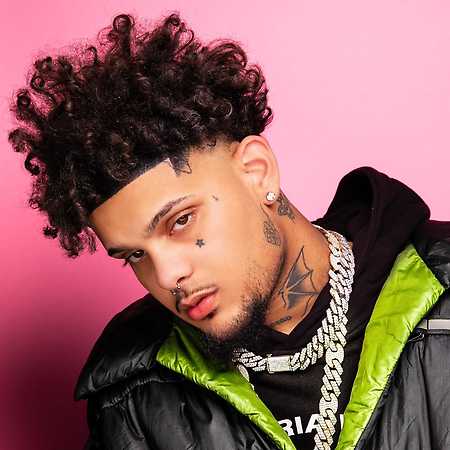 Another trap talent from Florida, author of viral hits Ski Mask and Audi, is one of the most famous figures in the “SoundCloud rap” movement. His work has influenced artists such as Lil Pump, who thanks to him entered the mainstream. Their joint track Nephew released in June last year already has over 100 million streams. Apart from his close relationship with Lil Pump, Smokepurpp also made friends with another rapper from Florida, known as XXXTentacion, with whom he recorded the song Live Off A Lick. His growing popularity on the soundcloud in March 2017 brought Purpp a contract with Interscope Records and Alamo Records, which brought his commercial debut entitled Deadstar. Chief Keef, Juicy J and Travis Scott made a guest appearance on the album, and the mixtape itself was ranked 42nd on the Billboard 200. The Audi single promoting the album quickly became a hit with over 25 million listeners on SoundCloud and 33 million streams on Spotify. In April 2018, Purpp released another mixtape with Murda Beatz, entitled Bless Yo Trap. Singles 123 and Do Not Disturb, the second one featuring Lil Yachty and Offset from Migos, gained a lot of popularity.