Skaldowie, a Cracow-based Polish rock group, was particularly popular from the 1960s to the 1980s. With their musical training and proximity to the folklore-rich area of Podhale, many of their tracks were a fusion of rock, folk, and classical music. Skaldowie formed in 1965 in Kraków (Cracow). Many of their compositions included references to folk music from the region. Skaldowie caused a stir in 1972 with the extent to which motifs from the Goral music of Podhale featured on their groundbreaking album Krywań, Krywań (Kriváň is a mountain on the Slovak side of the High Tatras). Its 18-minute title track, labeled a "suite" on the album cover, was a fusion of rock, folk, and classical music with quotations from works by Johann Sebastian Bach, Alexander Borodin, Modest Mussorgsky, Gioachino Rossini, and others. The lyrics, although credited as a folk song, were actually from the folkloric poem "Kriváň, High Kriváň!" ("Krywaniu, Krywaniu wysoki!") by Kazimierz Przerwa-Tetmajer published in 1903. Between 1966 and 1980 they received numerous national awards and were one of the most popular musical groups in Poland. 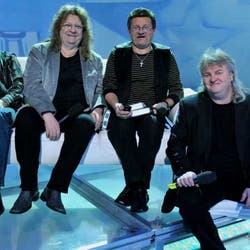 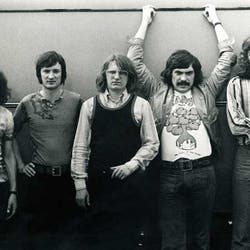 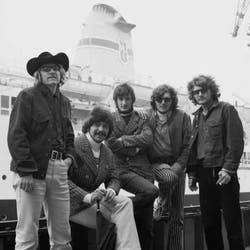 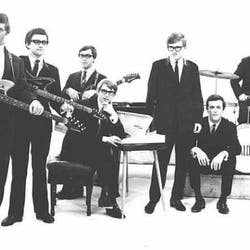