Simon Keenlyside is one of the most desirable and nejcharizmatičtějších of British singers. On the professional opera stage debut in 1987 as Count Almaviva in Mozart's Le nozze di Figaro at the Hamburg State Opera and from 1989 to 1994, he was a soloist of the National Opera House in Scotland in Glasgow. In 1989, he made his debut at the Royal Opera House, Covent Garden (Silvio in Pagliacci Leoncavallových), followed by the debuts of the English National Opera, Welsh National Opera, the opera houses of San Francisco, Geneva, Paris and Sydney. In 1993, for the first time introduced in the Glyndebourne Festival and in 1996 at the Metropolitan Opera (Belcore in Donizetti's L'elisir d'amore). Next to the opera scene is intensely dedicated to the concert repertoire, with whom he performs almost all over the world; song cycles of Mahler, Brahms, Schubert, Wolf, Fauré 's and Ravel are also an important item in his rich discography. Pěvcovy artistic commitments in 2013/2014 season include performances at the Bavarian State Opera in Munich (Don Giovanni, Wozzeck, Macbeth and Giorgio Germont), Covent Garden (Valentin in Faust, Giorgio Germont, Wozzeck and Rigoletto), the Vienna State Opera (Count Almaviva in Le nozze di Figaro and Rigoletto) and in the German Opera in Berlin (Macbeth and Giorgio Germont). In March and April 2015, returns to the Metropolitan Opera in the role of the Marquis Posy in Verdi's Don Carlos. Simon Keenlyside received the title of Singer of the year 2011, awarded by the magazine Musical America, and two awards of the legendary actor Laurence Olivier. 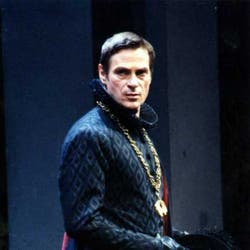 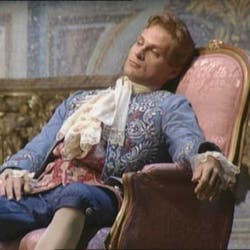 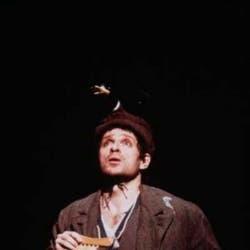