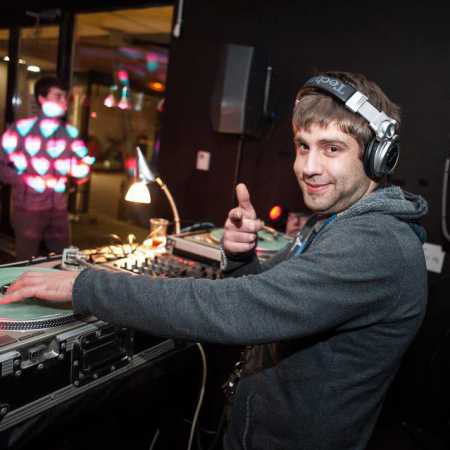 DJ Shark8 is a founding member of Liberec Cbs Crew and resident DJ Prague club Pekelnej Bar. Shark8 dedicated to electronic music since 2000. Regarding DJing in 2001 for the first time touched the turntables and a mixer and since then, no and no tear. Play began in Liberec Liquid club where he learned the dj. In the period up to 2006, played techno pancakes which he enjoyed. He played tracks from producers such as Umek, Space DJz, Marco Bailey, Chris Liebing but also Slovak Tokyho and Dala, or Czech Miquel. In 2005, on his eighteenth birthday based group Cbs Crew and begins to throw in organizing their own dance events. Of the many past events for example “Brkho” which in Liberec organized a nice 6 parts and played as Pavel Krejdl, Kaisersoze, Goldwinn, Skipworker, Daho & Ginger, Bon Finix and more. In mid-2006, big changes are coming in suitcases and began to explore styles such as house, tech-house, breakbeat. Another big change is coming in 2008 while listening to the now legendary remix of The Chemical Brothers – Salmon Dance Crookers from the Italian. It had a lot of music Jumble focus on electrician. At the end of 2010, is returning to its roots and starts to prefer the style of techno. He played in clubs such as Cross, Matrix, Yes!, Pekelnej Bar, toaster, HooDoo, Styx, Le Mirage, Wakata, U Turn, Liquid or Escape. – Translated by Automatic service