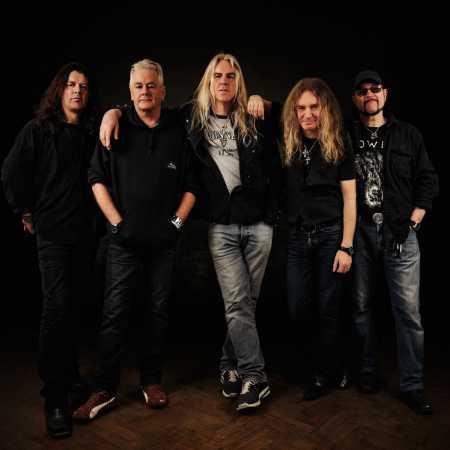 Saxon  Princess Of The Night

Saxon is a British heavy metal band founded in 1976 in Barnsley, Yorkshire. As a leading group of NWOBHM (New Wave of British Heavy Metal) at the beginning of the 80s of the 20th century to the time ranked among the Top 40 UK had success elsewhere in Europe and in Japan.

The line up consisted of the members of Peter “Biff” Byford – vocals, Paul Quinn and Graham Oliver – guitar Steve Dawson on bass and drummer Pete Gill. At the beginning of his ministry changed the band’s name from “Son of a Bitch” to “Saxon” and received less support tour with more zajetými with groups such as Motörhead. – Translated by Automatic service