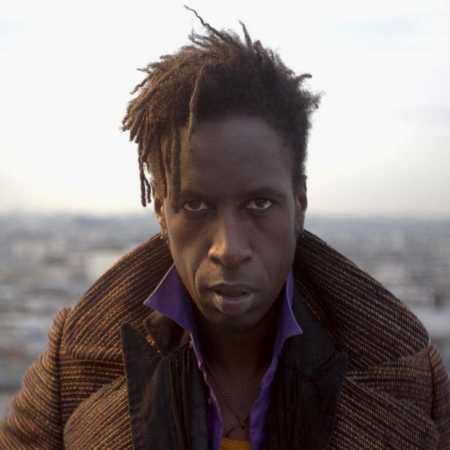 The poet, actor and rap musician Saul Williams is an inspiring example of the meaningful connection of political, philosophical and social content with edgy hip-hop. In this way, the native New Yorker became an important voice of an enlightened, thoughtful America. In his early twenties, Williams was one of the leading figures in the American slam poetry scene. Through his involvement as screenwriter and leading actor in the award-winning feature film Slam and the documentary Slam Nation (1998), he became a star. It was only at the beginning of the new millennium that Williams, now a successful author of numerous poetry books and a sought-after guest commentator for the New York Times, began to associate his words with music. His debut album Amethyst Rock Star was celebrated internationally as a new manifesto between politics, pacifism and poetry.

Saul Williams has appeared on stage with The Fugees, The Last Poets, Erykah Badu, The Jungle Brothers and The Roots, performing at Rock Against Racism, at museums and at many art and political festivals consistently being an enthusiastic hip-hop fan again and again engaging in scenes and projects of alternative hip hop. He was a guest of Rawkus-Lyricist Lounge’s trailblazing hip-hop redefinitions, the Coded Language collaboration track with DJ Krust is legendary and, for many, an unmistakable sign of a reflective and integrated take on Drum & Bass and HipHop, and one Contribution to Unbound, the charity album for Mumia Abu Jamal, whose political imprisonment Williams has long been a recurrent theme, completes the preliminary list of activities.