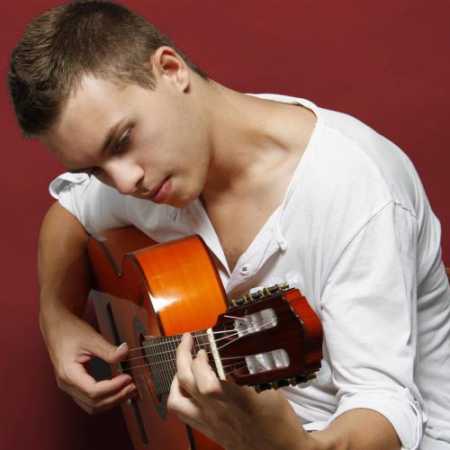 Samuel Rouesnel “Samuelito” is one of the youngest French flamenco guitarists. He started his classical guitar at the age of seven at the Conservatoire de Caen. He was quickly fascinated by the Spanish guitar and its techniques, which led him to flamenco music. This he discovered through both guitar playing and vocals.

At the age of nine, he learned the falsetas of Sabicas and other great masters of flamenco guitar. Through his meeting with guitarist Ramon Sanchez, he discovered the modern flamenco guitar, also through the harmonies and techniques of Paco de Lucía.

Since his sixteenth birthday, Samuel has appeared regularly in public, both alone and with other musicians, singers or dancers. Many encounters have influenced his style and confirmed him as a musician: Roland Dyens, Gérard Abiton, José Manuel Leon, Eugenio Iglesias, Antonio Rey and many others.