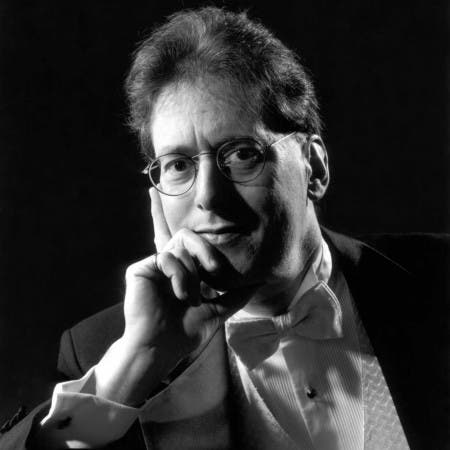 Robert Levin is both a pianist and musicologist, serving in the latter role as a teacher of composition, Mozart scholar, and writer of numerous articles on music. As a performer, he is most closely associated with the compositions of Mozart, which he plays on fortepiano in recordings, but usually on piano in concert. He has also completed several important compositions by Mozart, as well, most notably the Requiem. Beethoven has occupied a significant chunk of his repertory, too, Levin having recorded all the piano concertos. He has also been an advocate for modern composers, including Harbison and Denisov.