Swedish hardcore-punk outfit Refused in 2012 got together again after an incredible fourteen years. Music icon, whose album The Shape Of Punk To Come-ranked tvorný Trend magazine Kerrang! among the fifty most important albums in the history of the lucky thirteenth place at the time of its greatest popularity came in at dysfunctional relationships band members. After six years of fame, three albums, five EP, and especially the hundreds of sold-out concerts in concert halls have decided in 1998 to terminate its activities.

But the legend lived below: Refused began to report hundreds of bands around the world that seek to similarly loud and insistent linking hardcore punk with a slightly different basis than post-HC bands or formations of 1 waves HC / punk-bred Black Flag. M.D.C. or Dead Kennedys.

Swedish pack, probably the most famous of which hit New Noise, even after so many years, has lost none of its blast was one of the first arrivals in the classic punk - hardocoreových practices began to blend electronics. Maybe this daring act funny now, but do not forget that we are talking about a time when guitars and swore to anyone who might want to play with the computer, was referred to size - or even excluded from the HC community.

Indeed, very interesting Refused progress is evident in their key recordings: while the first album This Just Might Be The Truth sounded more like classic hardcore (inspiration Judge, Cro-Mags, Inside Out, Killing Time, Turning Point), the second album Songs That Fan the Flames Of Discontent has been strongly influenced by the so-called "new school" hardcore (Snapcase, Boysetsfire, Unbroken, 108, Born Against) and European standards sounded much progressively. 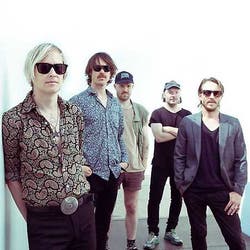 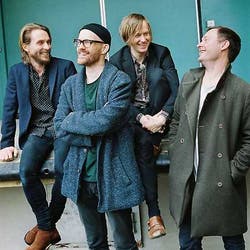 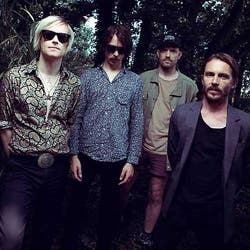 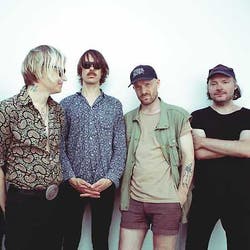