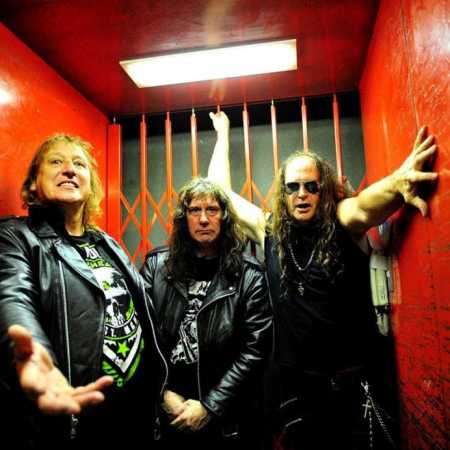 Raven is a British heavy metal band from Newcastle, which has been based in New York since 1984. It is assigned to the New Wave of British Heavy Metal (NWoBHM). The band was founded in 1974 in Newcastle by the brothers John (vocals, electric bass) and Mark Gallagher (electric guitar). Until five years after its founding, the band remained unsuccessful with constantly changing drummers (including Taylor from Satan and Blitzkrieg). It was not until Rob Hunter joined that the band started seriously working on new material. The debut album of the band Rock Until You Drop was released in 1981 by the underground label Neat Records. After the following albums Wiped Out and All for One the band toured through the USA for the first time. A few more releases followed before Rob Hunter left the band after the release of Life’s a Bitch. Joe Hasselvander replaced him on the drums. This line-up stayed solid until today.