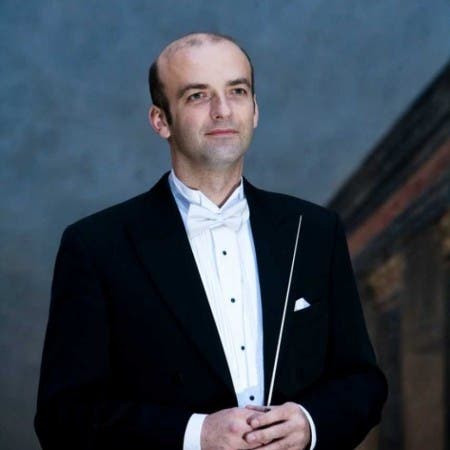 Rastislav Stur, a Chief Conductor (1998 – 2012 and from 2016) of the Slovak National Theatre Bratislava, Permanent Guest Conductor of Slovak Philharmonic Orchestra and Teacher of Orchestral conducting (Janacek Academy of Music, Brno), was born on November 26, 1969 in Bratislava, Czechoslovakia. He has studied at Janacek Academy of Music, Brno (graduated 1995). In 1996 he became conductor of Slovak National Theatre.

He gave his debut in the opera Mepfistopfeles (Boito) when he stepped in to replace a sick colleague – since that day he has received a number of opportunities. He performed the following operas at the Slovak National Theatre Opera: The Barber of Seville (Rossini, 1996 & 2013), The Magic Flute (Mozart), Cosi fan tutte (Mozart), Nabucco (Verdi), La fille de regiment (Donizetti, 2004), Manon Lescaut (Puccini, 2012), Pique Dame (Tchaikovsky, 2014) and the ballets Andersen (Nedbal) and many others.

Stur conducted Dvorak’s Rusalka in NCPY Opera Beijing, the first czech opera in China in the history and the World first opera production with 3D technology (2016).