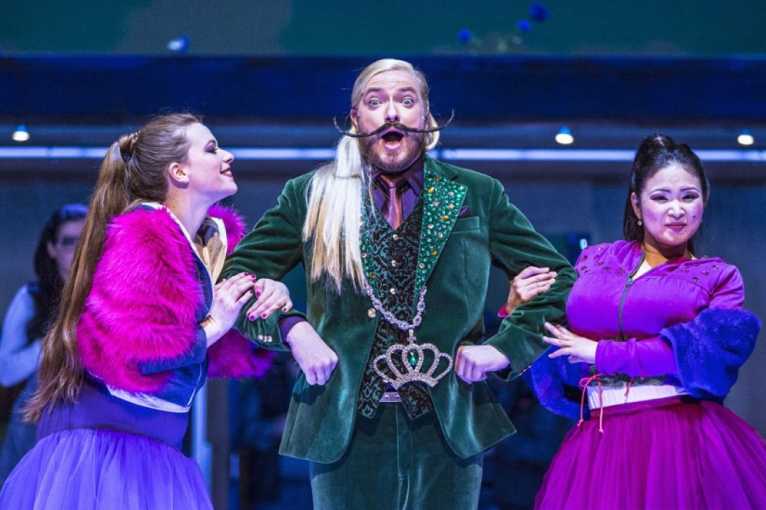 One of the most frequently performed works of Gioachino Rossini, a master of the bel canto style, was premiered on 25 January 1817 at the Teatro Valle in Rome. The libretto, penned by Jacopo Ferretti, is based on Charles Perrault’s fairy tale Cendrillon, first published in 1697 within the collection Les Contes de ma Mère l’Oye.

Similarly to the other creators inspired by Perrault’s fable, Ferretti and Rossini interpret the story of Cinderella in their own way, presenting a broad scope of situations, ranging from the moving to the comical, as well as rewarding types of characters and splendid musical numbers, one of the most famous being Cinderella’s aria Nacqui all’affanno… Non più mesta, a staple of many a world-renowned diva. Guaranteeing a singular and intriguing adaptation is the production being undertaken by the acclaimed Hungarian stage director and actor Enikő Eszenyi, who has previously created in Prague well-received stagings of Shakespeare plays for the Estates Theatre (The Comedy of Errors, Much Ado About Nothing and A Midsummer Night’s Dream), as well as appeared in Robert Wilson’s 1914. The music preparation has been entrusted to the young Czech conductor Jan Kučera. To date, the National Theatre has only staged a single production of La Cenerentola, in 1932.