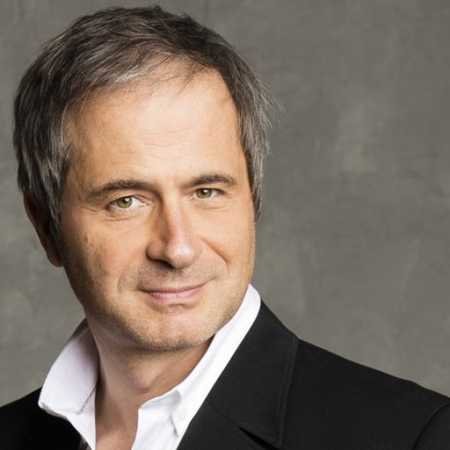 Piotr Anderszewski is regarded as one of the outstanding musicians of his generation.

In the 2017-18 season Anderszewski will appear with the Vienna Philharmonic Orchestra, the Budapest Festival Orchestra and the Orchestra de Paris. In recital he can be heard at Chicago’s Symphony Centre, the Concertgebouw in Amsterdam and at the Barbican Centre in London. In spring 2018 he will resume his play-direct collaboration with the Scottish Chamber Orchestra for an extensive European tour.

Piotr Anderszewski has been an exclusive artist with Warner Classics/Erato (previously Virgin Classics) since 2000. His first recording for the label was Beethoven’s Diabelli Variations, which went on to receive a number of prizes. He has also recorded Grammy-nominated discs of Bach’s Partitas 1, 3 and 6 and Szymanowskis solo piano works, the latter also receiving a Gramophone award in 2006. His recording devoted to works by Robert Schumann received the BBC Music Magazines Recording of the Year award in 2012. Anderszewski’s disc of Bach’s English Suites nos. 1, 3 and 5, released in November 2014, went on to win both a Gramophone award and an ECHO Klassik award in 2015. His most recent recording of two late Mozart concertos with the Chamber Orchestra of Europe was released in January 2018.

Recognised for the intensity and originality of his interpretations, Piotr Anderszewski has been a recipient of the Gilmore award, the Szymanowski Prize and a Royal Philharmonic Society award.

He has also been the subject of several documentaries by the film maker Bruno Monsaingeon. Diabelli Variations (2001) explores Anderszewski’s particular relationship with Beethoven’s iconic work, whilst Unquiet Traveller (2008) is an unusual artist portrait, capturing Anderszewski’s reflections on music, performance and his Polish-Hungarian roots.