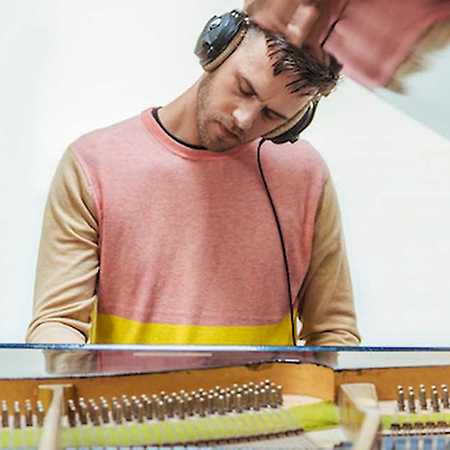 It can take a while for an artist to find their true calling. For Pieter de Graaf, he’s been searching since he sat next to his father, aged five, and watched him play the classics and the classical; the Beatles, the Stones, Chopin, Bach. As a teenager, he immersed himself in the world of jazz, dedicating hours to practice, and studying at the Conservatory of Rotterdam. For his new project, he went back to basics. His influences – Miles Davis, Nils Frahm, Rachmaninov, Bach, Chopin, Herbie Hancock, and above all Keith Jarrett – allowed him to combine easy melodies with more virtuoso passages without losing the meaning, or the essence, of each song. The first result of this search for meaning and depth is Fermata, Pieter de Graaf’s debut project and the birth of a new talent in the neo-classical world. The songs aren’t “written” in any traditional sense; instead he plays and improvises segments, records them, and listens back before deciding what to use, what to discard, and what to embellish. That’s why Fermata is a project, not an album. Many songs are already recorded but he cherishes the freedom to keep pushing boundaries and creating.